Metal fabrication jobs normally start off with shop sketches including accurate measurements, then move to the fabrication stage and ultimately to the installation of the final project. Fabrication facilities are hired by contractors, OEMs, and VARs. Traditional projects include loose parts, structural frames for buildings and heavy equipment, and stairs and hand railings for buildings.

Metal fabrication is the producing of metal structures by cutting, bending, and assembling processes.

It is a value-added approach that consists of the development of machines, parts, and structures from many different raw materials. A fabrication workshop like Australian General Engineering will bid on a project, usually based on the engineering sketches, and if granted the contract will construct the product. Larger fab shops will use a multitude of value-added processes in one factory or facility including welding, cutting, forming and machining. These large fab shops grant additional value to their consumers by minimizing the necessity for paying for personnel to locate several vendors for different services.

Assembling (joining of the pieces) is completed by welding, binding with adhesives, riveting, threaded fasteners, or even yet more curving in the form of a crimped seam. Structural steel and sheet metal are the regular starting materials for fabrication, along with the welding wire, flux, and fasteners that will join the cut components. As with other manufacturing techniques, both human labor and automation are widely used. 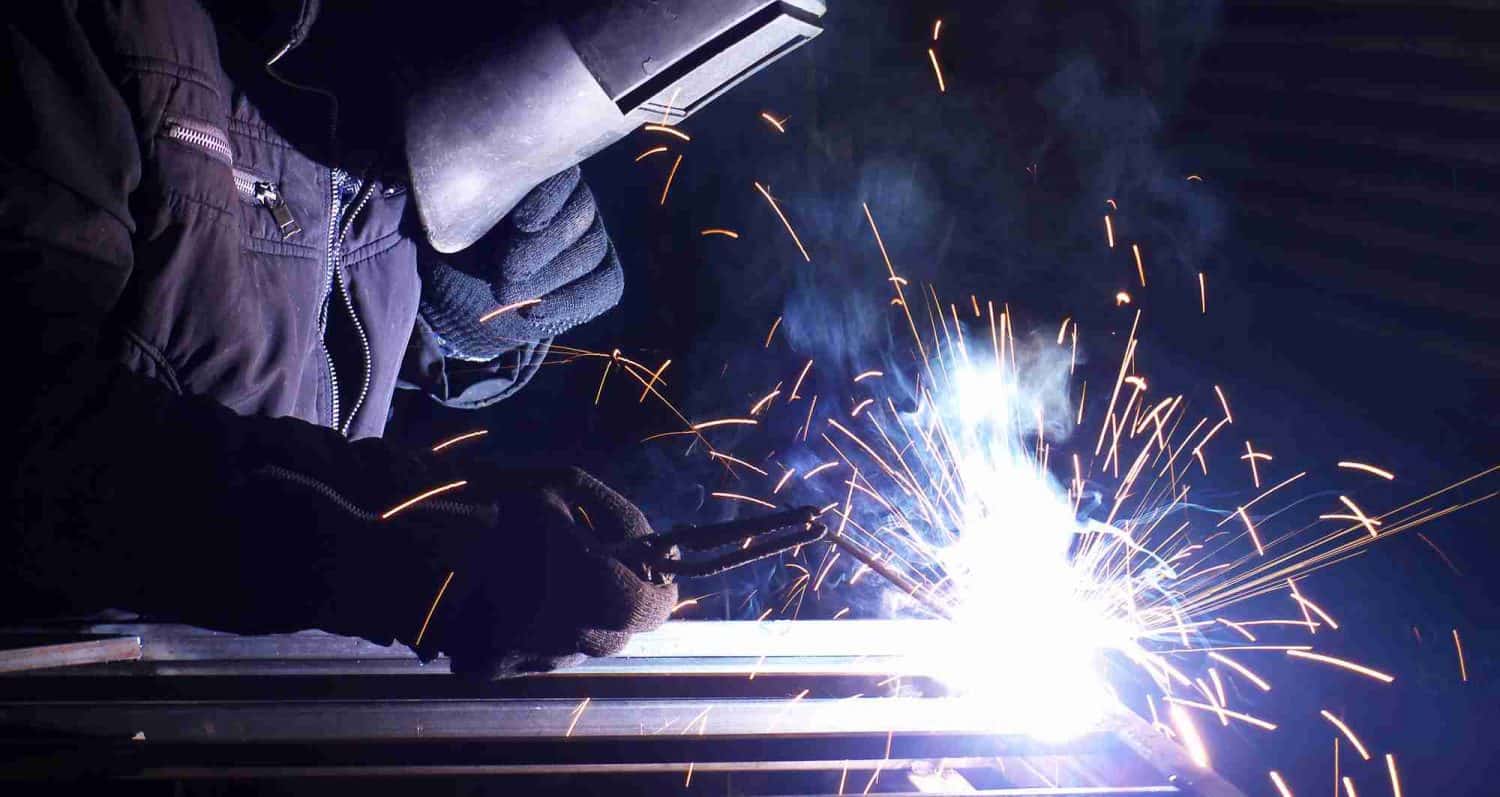 The goods resulting from fabrication may be called a fabrication. Shops that specialize in this type of metal work are called fab shops. The end goods of other common types of metalworking, such as machining, metal stamping, forging, and casting, may be very similar in shape and function, but those processes are not classified as fabrication.

Fabrication makes up or overlaps with various metalworking specialties:

Ironworkers, also known as steel erectors, also engage in fabrication. Commonly the fabrications for structural work begin as prefabricated parts in a fab shop, then are moved to the site by truck, rail, or barge, and ultimately, are installed by erectors.

Blacksmithing has always included fabrication, despite the fact that it was not always called by that name. The products produced by welders, which are often referred to as weldments, are an example of fabrication.

The method of forming can be managed with the use of techniques such as punches or dies. Machinery can also be utilized to control force magnitude and direction. An example of machine-based forming can also blend forming and welding to produce lengths of fabricated sheeting, most typically seen in the form of linear grating (used principally for water drainage).

After the weldment has chilled, it is sand blasted, primed and painted. Any additional manufacturing specified by the client is then finalized. The completed product is then evaluated and shipped.

Special precautions may be required to avoid warping of the weldment due to heat. These may consist of re-designing the weldment to use less weld, welding in a staggered fashion, using a stout fixture, covering the weldment in sand during cooling, and straightening operations after welding.

Machining is the technique of removing unwanted material from the block of metal to get the intended shape. Machining is a trade in and of itself, although Fab shops will generally entail a limited machining capability involving; metal lathes, mills, and magnetic based drills, along with other transportable metal working tools. Machining is a form of subtractive manufacturing, in which a sharp cutting gadget is utilized to physically remove material to achieve the desired geometry. Most of the engineering components such as gears, bolts, screw, nuts are manufactured by the machining process.

Steel weldments are periodically annealed in a low-temperature oven to relieve residual stresses. Such weldments, specifically those employed for engine blocks, may be line-bored shortly after heat treatment.

Burn tables are CNC cutting torches. Usually, natural gas powered. Plasma and laser cutting tables, as well as water jet cutters, are also common. Plate steel is loaded on a table and the parts are cut out as configured. The support table is built of a grid of bars that can be switched out. Some extremely costly burn tables also include CNC punch ability, with a carousel of several punches and taps. Fabrication of structural steel by plasma and laser cutting introduces robots to move the cutting head in three dimensions around the material to be cut.

The welder then accomplishes welding as per the engineering designs if welding is detailed, or as per his/her judgment if no welding details are provided.

Proper design and use of devices with machinery create a repeatable form which may be used to generate products for many industries, including jewelry, aerospace, automotive, construction, civil and architectural, etc

Straightening of warped steel weldments is done with an Oxy-acetylene torch and is somewhat of a fine art. Heat is precisely applied to the steel in a slow, linear sweep. The steel will have a net contraction, upon cooling, in the direction of the sweep. A highly proficient welder can remove substantial warpage using this method.

Welding is the primary focus of steel fabrication. The formed and machined parts will be assembled and tack welded into place then re-checked for accuracy. A fixture may be used to locate parts for welding if multiple weldments have been bought.

Forming is a procedure that transforms a flat sheet metal work chunk into a 3-D part. In this process, a raw material piece is created by applying force to an object without adding or removing material. The force must be great enough to modify the shape of the object from its starting shape.

The raw material has to be cut to size. This is done with a variety of tools. The most common way to cut material is by Shearing (metalworking).

You can view all metal fabrication services offered by Australian General Engineering here.